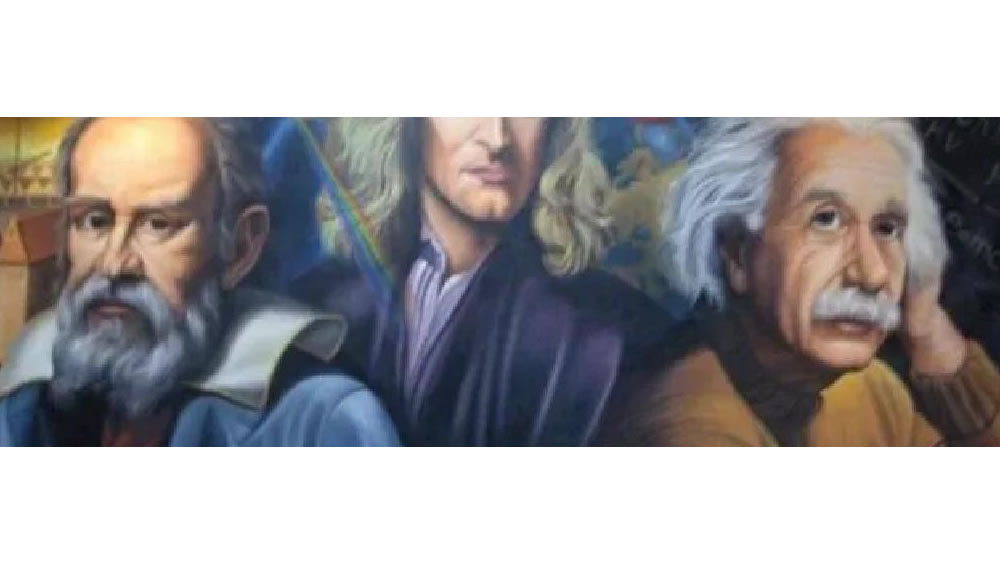 How can we define scientific concepts such that they are inclusive of all phenomena that pertain to the concept? In the years from 1991 to 1999, I contributed to the design and development of an applied cognitive science department – what has now become the department of Artificial Intelligence at the University of Groningen (the Netherlands)

How can we define scientific concepts such that they are inclusive of all phenomena that pertain to the concept?

What distinguishes the language of science from language as we ordinarily understand the word? … What science strives for is an utmost acuteness and clarity of concepts as regards their mutual relation and their correspondence to sensory data.
– Albert Einstein

In the years from 1991 to 1999, I contributed to the design and development of an applied cognitive science department – what has now become the department of Artificial Intelligence at the University of Groningen (the Netherlands). In that process we discussed the meaning of terms like ‘cognition’ and ‘intelligence’ extensively. As a physicist I am uncomfortable with ill-defined terms. But on the other hand, science is about discovery and the discovery of the meaning of terms is a worthy scientific pursuit. In fact, one might say that defining phenomena is the purpose of science.

For example, Galilei Galileo discovered a key property of gravity in that it accelerated light and heavy stones – dropped from the tower of Pisa – equally. Newton expanded this by formulating a law describing how masses – as the relevant property of the stones – attracted each other (accelerate towards each other) and that the magnitude of acceleration scaled with the inverse of the mass and the inverse square of the distance between the center of the masses. Einstein refined this picture by stating that in space, acceleration and gravity were indistinguishable. Which entailed that mass, space, time, energy, and gravity were intimately and mathematically related.

Galileo’s discoveries improved the computation of the trajectories of cannon balls. Newton’s law of gravity extended this to the trajectories of planets and it led to the discovery of new planets on the basis of minute perturbations of the orbits of the known ones. And Einstein’s general relativity predicted that even the trajectory of (massless) light would be be influenced by the Sun’s gravitational field. Newton’s formulation included Galileo’s formulation and Einstein’s included Newton’s. In fact, Einstein’s formulation connected gravity, mass, acceleration, time, space, the speed of light, and even energy. Hence it integrated much of known physics at the time.

Einstein’s formulation of gravity is the result of the stepwise improvement of approximate theories that become evermore inclusive by elucidating, until then, obscured relations between phenomena. This increased the connectedness and pervasiveness of our understanding of (physical) reality. Although Einstein’s formulation survived 100 years of testing, it is likely that it will be superseded by even better and more general formulations that connect it to the quantum reality. And perhaps from there connect to an even deeper (information?) “reality”. See the work of Erik Verlinde for example.

What Galileo, Newton, Einstein, and countless other natural scientists did is to combine concepts, to ever-better and more parsimoniously describe the outcome of experiments (and other interactions with reality). An experiment is a question posed to reality: “If I set up these and these conditions, how does reality respond?” A well designed natural science experiment leads to a consistent (time- and place-invariant) response and the same outcome when conducted by others. A well-formulated theory allows a parsimonious and precise prediction of the outcome of many experiments. A valid theory of something allows us (and all of life) to predict our real-world interactions: it allows the mind-world to predict real-world outcomes. 1

Physical concepts are free creations of the human mind, and are not, however it may seem, uniquely determined by the external world. In our endeavour to understand reality we are somewhat like a man trying to understand the mechanism of a closed watch. He sees the face and the moving hands, even hears its ticking, but he has no way of opening the case. If he is ingenious he may form some picture of a mechanism which could be responsible for all the things he observes, but he may never be quite sure his picture is the only one which could explain his observations. He will never be able to compare his picture with the real mechanism and he cannot even imagine the possibility or the meaning of such a comparison. But he certainly believes that, as his knowledge increases, his picture of reality will become simpler and simpler and will explain a wider and wider range of his sensuous impressions. He may also believe in the existence of the ideal limit of knowledge and that it is approached by the human mind. He may call this ideal limit the objective truth.
– Albert Einstein

The time and place invariant core of reality

This is essential: well-designed experiments lead to results that can be predicted in the context of a proper theory. This not only defines much of science – as a way to ever-better predict the outcomes of our our interactions with reality – it also says something about reality itself: reality seems completely consistent with itself. It seems, and almost must be, internally consistent because every time we properly investigate an arbitrary aspect of it – do an experiment – we get consistent results.

Mind-world IF-THEN combinations underly intelligence. Problem solving – the ability measured by IQ – is modelled by IF-THEN rules. And so-called cognitive models are build as “production systems” in which production-rules of the IF-THEN type “fire” when the IF-condition is met to produce a THEN-outcome. Suitable sequences of IF-THEN rules can be used to make a plan to change an undesired/problematic situation into a more desirable state where the problem is resolved or made irrelevant. This plan can then be executed in the real world, by carefully ensuring that in all steps 1) the conditions are satisfied and 2) the intended outcome is realized.

The same IF-THEN effect underlies the biochemistry of life. Life processes can only occur only IF particular conditions are satisfied. Cells create these conditions when particular life-functions need to be executed. The moment the conditions are set up correctly, THEN the outcome (e.g., some enzymatic reaction) is realized. Like with problem solving, the trick is setting up the conditions for desired outcomes. When the necessary conditions are met, a specific outcome is inevitable due to the time-invariance of reality.

This is also the way life remains alive. Life is a way of cheating death – at least for a while – through the selection of behaviors that promote survival and thriving. That selection process – and with it life – is possible, is rooted in the predictability (internal consistency and time-invariance) of reality. Life – all life – can to some degree predict outcomes of behavior in terms of positive and negative effects on self and habitat and uses these predictions to select behaviors that avoid negative (less viable) futures and promote more favorable futures. This is called adaptive behavior. The ability to select adaptive behavior – behavior promoting survival and thriving – is referred to as cognition.

And this is a definition of cognition that is more advanced and productive than the definitions we came up when we designed our cognitive science program.

The purpose of this website is to play with concepts, their relatedness, and their real-world usefulness. Dictionary defines the words of a language in terms of the other words of the language. On its own, such a dictionary is completely self-referential: it is a little self-contained universe that has disconnected itself from reality because it only refers to itself. And still it allows its users to make more sense of structures of actual reality. Somehow the relations between the dictionary entries and their definitions and examples reflect the structures of actual reality in a helpful way.

This website aims to do something similar: to define scientific concepts associated with core cognition in terms of other concepts and then work towards something that is internally by and large consistent, while helping to make more sense of actual reality because the concept’s defining properties are grounded in reality and they can be tested through real-world interactions.

Taking the example of the progression of Galilei, Newton, and Einstein that gradually included and explained more and more physical phenomena – and improved their defining qualities – we try to do something similar for the domain of life and behavior. 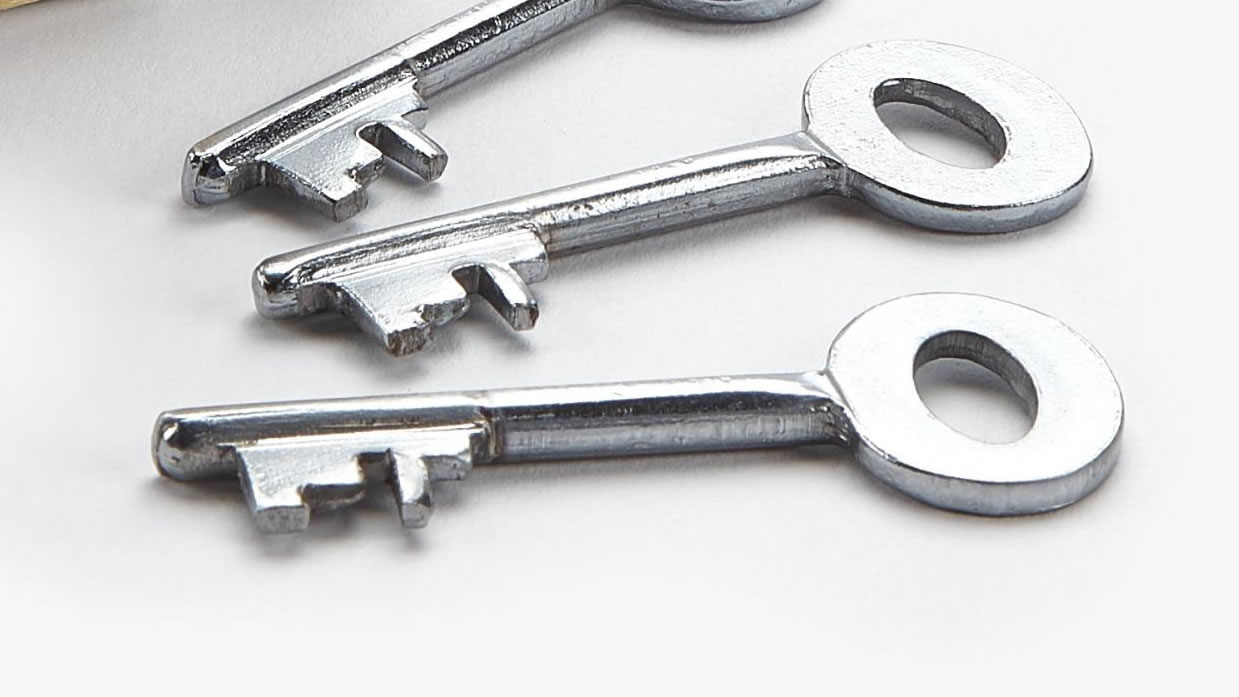 Text based on Andringa & Denham (2021a). The environment from which agents can derive all they need to survive (and thrive) and to which they contribute to ensure long-term viability (of self and others), Note that we use the term habitat to include other agents, but to exclude the agent.

This is a table with two contrasting self-consistent ontologies that arise from the defining properties of coping and co-creation. Ideally the ontology of thriving dominates with continual focused contributions of the ontology of survival. But it is also possible that coping starts to dominate to the exclusion of the other ontology: a coping trap

This is a table with two contrasting self-consistent ontologies that arise from the defining properties of coping and co-creation. It complements the key concept table Ideally the ontology of thriving dominates with continual focused contributions of the ontology of survival. But it is also possible that coping starts to dominate to the exclusion of the other ontology: a coping trap